North Carolina Public Workers Union, UE Local 150, organized biannual convention in Raleigh on July 16-17, 2016. Delegates from 16 workplaces from across the state gathered to discuss the current political landscape, to support the Black Lives Matter movement, and show important gains of the Fight for $15 movement and plan steps for the next 2 years of struggle! UE Local 150 is rank-and-file and predominantly Black workers led organization. Nationally, UE (United Electrical, Radio and Machine Workers of America) is one of the most progressive unions in the country that believes in workers empowerment than business unionism. UE has embraced the movement for BDS (Boycott, Divestment and Sanctions) against Israeli occupation, based on a motion by UE Local 150 chapter. This makes UE the only national union to adopt such a measure.

During the convention, a panel on Black Lives Matter and Ending Islamophobia was organized. This invited speeches by Danielle Purifoy from Durham Beyond Policing and Manzoor Cheema from Muslims for Social Justice. This panel explored the theme of police oppression and envisioning a future without policing. Islamophobia is an extension of anti-Black racism and it is increasingly employed as a divide-and-conquer strategy. The following is the speech on Islamophobia:


"Islamophobia, or bigotry against Muslims, is an extension of anti-Black racism. Islam and Muslims are not a race, but they have been reduced to a race or racialized. We should also keep in mind that a significant number of Muslims are Black Muslims. Significant number of Muslims came to the USA through slavery. About 30% of slaves were Muslims. Their religion and heritage was robbed. After slavery, many Black people converted or reverted to Islam and established some of the first mosques in the country. Large number of immigrant Muslims came to the USA after 1965 visa policy change that allowed Black and Brown immigrants to come to the USA. This was a result of the civil rights movement's demand to increase quote for non-European immigrants. As immigrant Muslims, we owe a debt to Black Muslims and anti-racism movement.
Islamophobia, like other oppressions, is a result of the crisis of capitalism. Capitalist forces have always required tools to divide people and pit victims of exploitation against each other. Working class whites have historically supported anti-Black policies that have also hurt their class interests. As the country witnesses one of the highest inequalities in more than 100 years; capitalist and white supremacist forces employ homophobia, xenophobia against immigrants and Islamophobia to further divide-and-conquer working and oppressed people. The work by UE Local 150, the largest rank-and-file public workers union in North Carolina, is exemplary in building intersectional movement. UE Local 150 is led by Black workers and has brought Black Liberation perspective to labor organizing. UE Local 150 has also supported global anti-colonial movements, namely support of Boycott, Divestment and Sanctions movement against the Israel occupation. Your achievement in working outside the “business unionism” model and connecting issues of race, class, gender, sexuality (UE150 came out strongly against transphobic HB2 law) and wars abroad is an inspiration for progressive allies.
As Muslims for Social Justice, we are committed to linking the movement against Islamophobia with Black Liberation and worker rights movement. We do not take the issue of solidarity lightly. Solidarity is beyond sentimentality. Our goal is to organize Muslims working class and link them with the movement led by Black Workers for Justice and UE Local 150. This organizing work in the Muslim community and joining the broader workers and progressive movement is essential to topple the oppressive balance of power. Nothing short of that will solve the root cause of oppression. Muslims for Social Justice will launch a paper “Muslims Workers” soon that will be used as an organizing tool in Muslim working places. We look forward to learning from and developing a longterm partnership with Black Workers for Justice and UE Local 150, as we launch this important chapter of organizing Muslims workers."
Here are pictures from the event 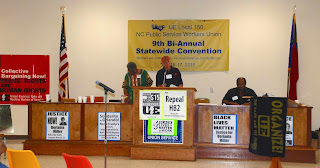 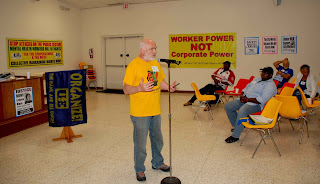 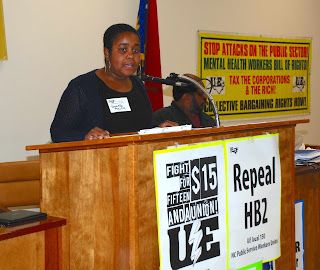 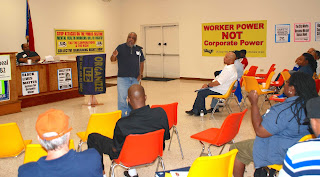 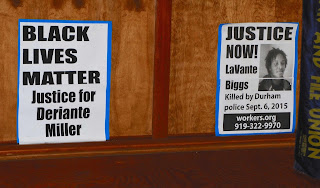