Check key activities by Muslims for Social Justice members in 2015. Learn about our principles and values here. Contact us if you wish to join us or support us by emailing us at Muslims4SocialJustice@gmail.com.

MSJ members participated in BlackLivesMatter rally in Durham on 5/2/15 in response to the murder of Freddie Gray. Ahmad Jitan spoke on behalf of MSJ. (May 2, 2015)
http://muslimsforsocialjustice.blogspot.com/2015/05/muslims-for-social-justice-statement-on.html 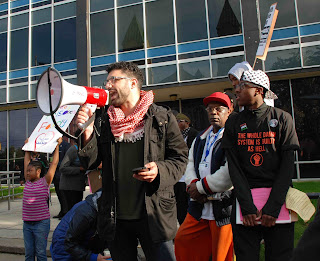 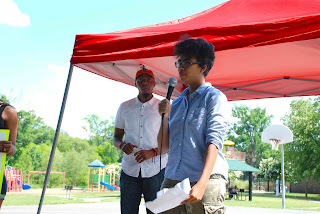 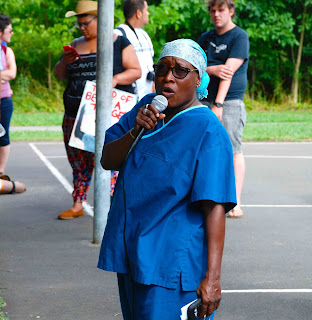 Manzoor Cheema attended North Carolina Environmental Justice Network (NCEJN) Summit on Oct 16, 17. NCEJN is a grassroots organization led by Black community and fighting against environmental racism. Brother Saladin spoke on a panel on environmental justice and state repression. Other panelists included D'atra Jackson from IgniteNC and Adam Bledsoe, UNC PhD student. The panel was moderated by Loan Tran from Youth Organizing Institute. I was fortunate to make a video of this talk and other panel discussion. Check the video of his panel.
https://www.youtube.com/watch?v=cHVfKpXRefM 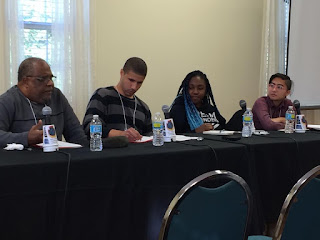 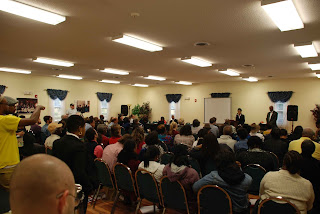 Prison Justice/Political Prisoner Rights Work:
Sister Shafeah organized screenings of an important movie - The Newburgh Sting at Raleigh (9/08/15) and Greenville (9/11/15), NC. This movie depicts the phenomenon of entrapment of Muslims. Sister Shafeah organized these screenings on behalf of The Communiversity, BWFJ and Imam Jamil Action Network. Muslims for Social Justice was one of the co-sponsors. 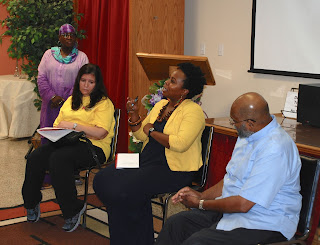 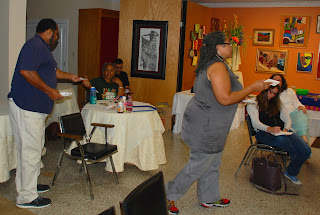 In August 2015, MSJ was invited to join the newly formed coalition of concerned Durham residents who have come together to form the Durham County Jail Investigation Team and conduct an independent, community-based investigation of inhumane conditions inside the jail. Over the years, inmates have revealed that they systematically face abuses inside, including medical neglect, poor nutrition, unsatisfactory sanitation, routine physical violence, sexual abuse, and religious discrimination. After months of organizing, students, researchers, сommunity organizers, health care workers, formerly incarcerated people and their family members held a press-conference in front of the jail on December 10, 2015 [1, 2, 3]. They demanded access to the jail to investigate the human rights abuses inside the facility. The coalition announced its five demands to the officials (view the video from the press-conference here), which include in-person visits with at least 100 inmates, full inspection of the facilities, release of all data related to grievances, monthly revenue summary reports, and documented evidence of when all cells are closed and open on a daily basis. On December 14, 2015, members interrupted County Commissioners Meeting to demand an independent investigation of the facility [view video of the direct action here].

Sister Anastasia Kārkliņa has served as a liaison between the JIT and MSJ. Muslims for Social Justice recognizes that the prison industrial complex constitutes a white supremacist system of domination built on and perpetuated by anti-Black/Brown racism. The struggle for prisoner rights and, ultimately, prison abolition is intimately tied to racist police harassment, profiling, and violence inflicted upon Black and Brown folks, including Muslims and those who are perceived as Muslim, in our communities. Firm in our dedication to justice for all, we support and join the fight for the rights of prisoners in Durham, the United States, across and beyond the borders.

To follow the conversation on social media, see #WeBelievePrisoners and #JailInvestigationNow.

MSJ played an active role in responding to the rise in Islamophobia by launching a network called MERI (Movement to End Racism and Islamophobia) in early 2015. Partner organizations include MSJ, Black Workers for Justice, Jewish Voice for Peace - Triangle, NC Justice Center, Abrahamic Initiative on the Middle East, Methodist Federation for Social Action NC Chapter and seven other organizations. Here are some actions taken by MSJ (as member of MERI network):

- Muslims for Social Justice spoke up against Islamophobia in the wake of Chapel Hill murder of three students. Our interview was quoted in Reuters and posted in media organizations across the world - Indonesia, Qatar, South Africa, Turkey, Germany, among other countries. Here is a list of news links that carried our interview.

- We issued petition in defense of Imam Griggs. We also participated in a forum against  Islamophobia at Wake Forest University on 3/02/15. 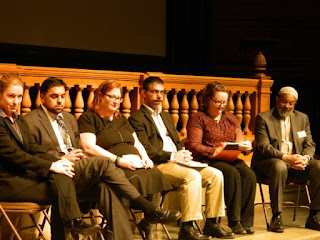 - MSJ wrote a letter-to-the-editor to condemn David Horowtiz's visit to UNC. We joined a rally against racism and Islamophobia at UNC Chapel Hill (People of Color Take Over of the Quad) that was organized by The Real Silent Sam Coalition at UNC Chapel Hill on 4/24/15.
http://muslimsforsocialjustice.blogspot.com/2015/04/fighting-racism-and-islamophobia-at-unc.html

- MSJ and partners organized a forum against Islamophobia and racism at Pullen Memorial Baptist Church on 6/15/15. 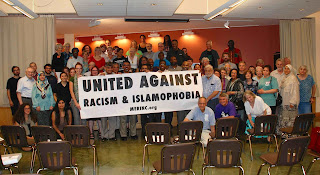 - MSJ participated in a counter-confederacy rally at UNC-Chapel Hill on 10/25/15 that opposed racism as well as Islamophobia by "Alamance County Taking Back Alamance County". 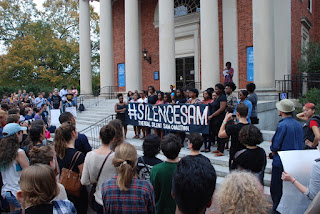 - MSJ participated in anti-racism/anti-Islamophobia forum in Fayetteville on 11/16/15. 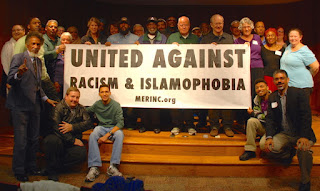 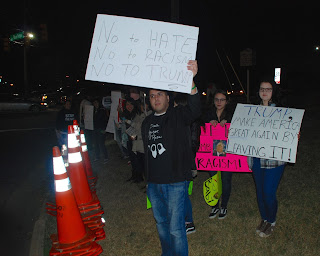 - MSJ participated in anti-Islamophobia and anti-racism action by Jewish Voice for Peace - Triangle on 12/11/15. 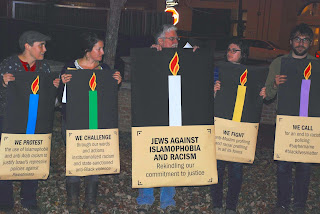 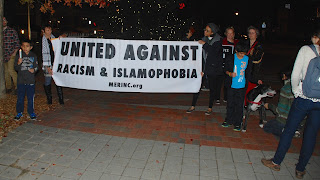 You can learn many of these events at merinc.org website.

Participation in other talks and events:
HKonJ 2015: MSJ members participated in HKonJ rally on 2/14/15. Imam Salahuddin, Imam Oliver, Farris Barakat, Sister Khalilah Sabra and Manzoor Cheema were Muslim speakers. Rev. Barber spoke against rising Islamophobia and connected it to anti-Black racism and other forms of oppression. A youth contingent for Black Lives Matter also participated to raise issues of police brutality. HKonJ started as a process of people's assembly and developed 14-points that came out of that process. In 2013, HKonJ movement led to Moral Monday Movement. Check a brief report for HKonJ rally in 2015.
http://muslimsforsocialjustice.blogspot.com/2015/02/hkonjmoral-march-2015.html 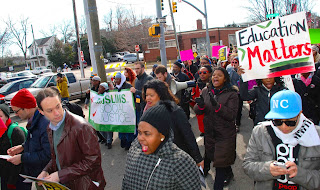 Talk in Solidarity with Oppressed People's Movement in Pakistan: Manzoor and Ahsan Kamal (Awami Workers Party) spoke about oppression against Christians and the working class in Pakistan at UNC-Chapel Hill on April 7, 2015. Majority of the Christian community in Pakistan is working class and discriminated against. Working people mostly live in slums/informal housing. Awami Workers Party is organizing working people from all backgrounds to change the balance of power. 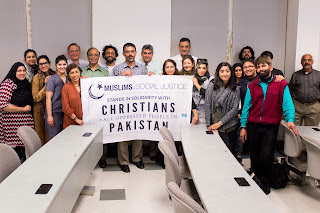 32nd Annual BWFJ Banquet: MSJ members participated in and sponsored 32nd Annual BWFJ (Black Workers for Justice) Banquet on April 11, 2015. Black Lives Matter co-founder Alicia Garza spoke at the event. The event was very well attended. Members of In the Name of Humanity (Br. Moussa, Sister Fatimeh) from Greenville, NC, also participated in the banquet. This is the annual event by Black Workers for Justice that features a prominent leader in Black Liberation/anti-racism movement. In the past, I have the privilege to listen to the late Chokwe Lumumba (Black Liberation leader and the mayor of Jackson, MS), Larry Hamm (People Organizing for Power - New Jersey), Clarence Thomas (former president of ILWU), Sister Margaret Rose Murray (Black Muslim leader in Raleigh) among other power speakers. See videos from the 2015 banquet.
https://www.youtube.com/watch?v=Ltdx9mxRmaQ
https://www.youtube.com/watch?v=ADzEq460yZM 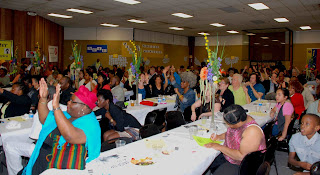 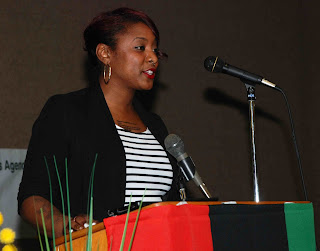 2015 UNAC Conference: Sister Shafeah and Manzoor participated in United National Anti-War Coalition conference in Seacaucus, NJ, on May 8-10, 2015. This conference brought together anti-racism, worker rights, anti-Islamophobia, anti-imperialism activists. along with people from other movements. Sister Shafeah presented on anti-racism, political prisoners and worker rights. Manzoor presented on work against Islamophobia. You can learn more here:
http://www.unacconference2015.org/ 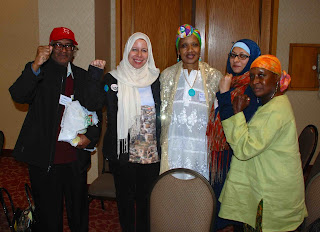 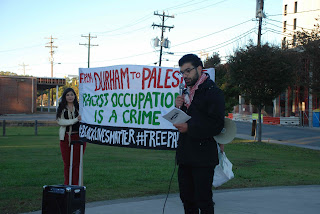 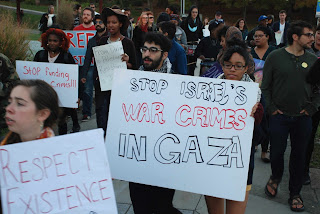 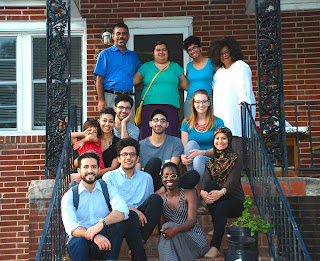 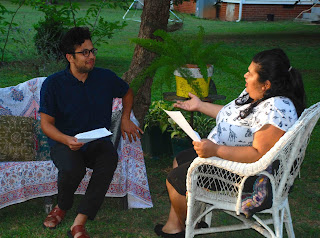 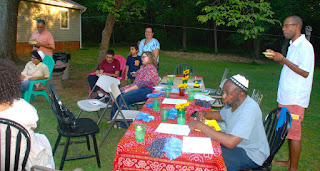 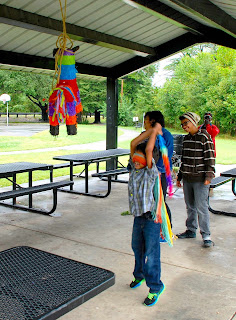 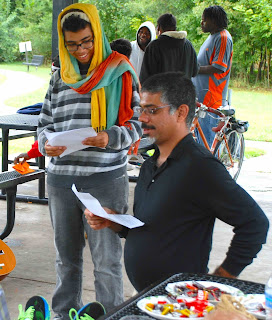 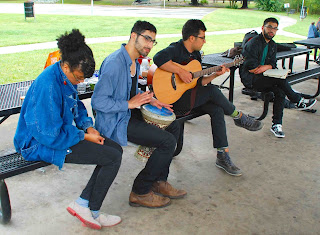