May Day Statement of Solidarity with Peasant Movement in Pakistan

Two weeks ago, the Pakistani military and police launched yet another operation against landless peasant activists by raiding their houses at night and kidnapping several key members of the landless tenant association in the Pakistani province of Punjab, Anjuman Mazareen Punjab (AMP). This search and arrest operation was carried out without warrants using draconian powers given to the law-enforcement agencies (LEAs) by anti-terrorism laws. The operation was carried out on the eve of the International Peasants Day to prevent AMP from holding a large peasants’ convention. The kidnapped include women, students, peasants, and the General Secretary of AMP, Mr. Meher Abdul Sattar – these activists are being detained and tried as terrorists, while another 4,000 have been collectively charged with terrorism and colonial-era crime of disrupting of the political order. Those who have come out in support to protest against state violence and police brutality have had to face baton charges, tear gas, and armored vehicles.

We stand in solidarity with AMP and its allies in Pakistan, including trade and labor unions and the socialist Awami Workers Party (AWP) and demand the immediate release of all arrested. We condemn the use of force to prevent peaceful protests. We condemn the arrest of political activists and the use of terrorism and criminal charges against political activists, peasants and workers.
This pattern of state violence and police brutalities has become all too familiar in Pakistan. Anti-terrorism laws are used against factory workers, labor unions, peasant farmers, student activists, and political workers across the country. Last August, LEAs destroyed the largest informal settlement (shantytown) in Islamabad and charged 64 locals with terrorism. Similar charges have resulted in the sentencing of a total of 490 years to six power loom workers in the large industrial metropolis of Faisalabad, and prosecution of peasants in other rural areas.

In Okara, this latest episode of state violence is a manifestation of the ongoing oppressive tactics used by the Pakistani military against the 17-year long resistance by third and fourth generation occupancy tenants who till the 16,000 acres of state-owned and military-controlled farmland. These lands were colonized by the British and irrigated through large canals, and new villages were created to house tenants in the early 20th century. Today, much of the state-owned land is controlled by the Pakistani military, which unlike traditional military organization has large stakes in the economic and political structures of Pakistan—it is the largest landowner, controls the largest business and industrial conglomerate in the country, has directly ruled for over 32 years, and controls almost a third of the federal budget.  The military as an institution benefits from control over rural and urban lands, and profits from the control over means of production are distributed to the rank and file, with the largest share of the pie given to high-ranking military officers.  In 2000, the military administration of the Okara Farms switched from the century-old system of sharecropping tenancy that benefitted peasants to contract based farming, which allowed for increasing rents and profits and creating the legal justification for forcible evictions. These measures were met with local resistance as peasants organized under the banner of AMP. But the military has used strong handed tactics which has resulted in the loss of dozens of lives, and injuries and arrests of thousands.

Military violence against peasants is part of a neo-colonial, neo-feudal, neoliberal hybrid form of rule. Imperial wars and destruction of nature is another important dimension of this violent rule.   The development of large-scale irrigation over the last century, first by the British colonizers and later by the IMF and WB working through the Pakistani military-state have resulted in large scale, slow-moving ecological destruction that has put Pakistan on the frontline of global climate change. The collusion of international financial institutions (IFIs) and military-state has also prevented land reforms in the country, depriving those who till the land from access and ownership rights. This violence is supported and worsened by the US-led War on Terror, which has become an instrument to enforce neoliberal policies throughout the Muslim world. The USA has used anti-terror legislation to stifle dissent and victimize progressive activists within the USA. Such practices in the USA have inspired Pakistan and other US ally states to introduce their own anti-terror legislation, which strengthens the state’s hand against workers, peasants, and activists. The US, Pakistan and other players in this global war continue to unleash violence against civilian populations while sponsoring their favorite brand of militant-fascist proxy groups, who for their part justify horrible and inhumane violence against minority groups, women, and political activists by drawing on limited, narrow interpretations of religion. In the US this hatred feeds into Islamophobia and racism against Muslims, furthering the cycle of violence. These are the multiple intertwined strands of violence in this global web of ecological, economic, imperial, authoritarian, and fascistic-religious war. This is the many-fronted war that is destroying human and non-human life across the globe.

On this International workers day, Muslims for Social Justice and members of Awami Workers Party in the US condemn this violence and we stand in solidarity with the Okara peasants, AMP, the workers, peasants, and activist in Pakistan, and those who are fighting against racism, inequality, sexism, transphobia/homophobia, attacks on immigrants, and Islamophobia in the US. We envision a future where we can move beyond solidarity statements to build a comprehensive anti-war, anti-violence coalition in the US, linking with grassroots self-determination and liberation movements across the globe. In facing the hydra of capitalism, imperialism, colonialism, and fascism, we must work in unity with those who are fighting against the many aspects of this unjust violent oppressive system. 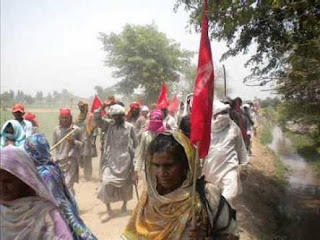 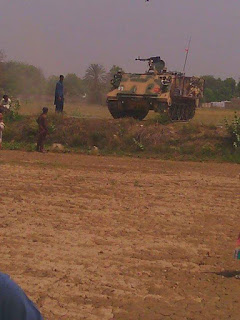