Statement of Solidarity with the Family of Matthew McCain


The death of Matthew McCain—a young Black man killed in state custody at the Durham County Jail as a result of medical neglect—is sounding an alarm bell for us as Muslims. The Black and Brown folks living and dying in U.S. prisons, Muslim or not, are our family. Muslims for Social Justice believes that it is imperative that our communities stand with the McCain family to demand immediate answers about exact circumstances of his death. Reports about continuous denial of medication to Matthew in the past are a matter of grave concern. The circumstances surrounding his death, and medical abuse by detention staff in particular, must be investigated immediately in a transparent and community-accountable manner. Matthew McCain’s mother has been cruelly denied the right to see her son’s body, and we stand behind her demand to be granted this right immediately. We demand the immediate public release of the autopsy report and all relevant video footage that the family requests.

Muslims account for over 18 times the percentage of the U.S prison population as they do of the general population. The U.S. has the highest incarceration rate in the world—it constitutes five percent of the world population but accounts for 25% of world’s prisoners. Black and Brown people make 30% of the U.S. population but make 60% of the prison population (source). Medical neglect and abuse has become a growing practice of subjugation faced by Black, Brown, and Muslim prisoners across the US. It is part of the intensifying state repression that produces and sustains the school-to-prison pipeline, the police killings, and other forms of domination that confront our people. For many of us in the Muslim community, the violence and inhumanity of the prison system is a looming part of our daily lives. We are not strangers to entrapment by law enforcement, to violence in ICE detention centers and the threat of deportation, or to daily harassment and assault by police. If we haven’t experienced these things first hand, few of us are unable to name someone we know and love who has.

The news of Matthew McCain’s death will not be ignored in our community the way it has been ignored by local media. We refuse to let our family die silently at the bloody hands of the same state forces that drop bombs in Pakistan, Afghanistan, Lebanon, Libya, and so many other countries that are coded as Muslim.

Muslims for Social Justice believes in social justice and human rights for all. We believe in abolishing white supremacy in its many forms. We are fighting for our survival and the survival of our loved ones, and we do not believe in the bloodthirsty “peace” that demands the death of Black and Brown people in order to be sustained. We are in solidarity with Matthew’s family members, and we, along with other community members, join them in demanding justice for Matthew McCain! 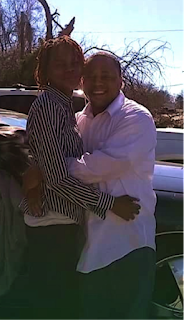 Email ThisBlogThis!Share to TwitterShare to FacebookShare to Pinterest
Labels: Durham Jail, Inside Outside Coalition, Matthew McCain 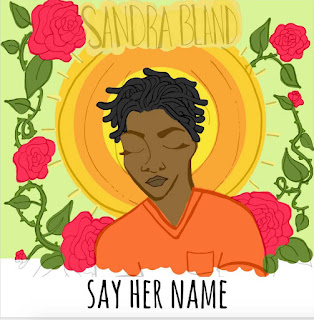 As Muslims, as people of color, and as human beings, we cannot afford to be silent in the face of the state violence being levied against Black and Brown people in the United States and abroad. As we mourn Sandra Bland and Tamir Rice, a Black woman and child murdered by police and declared guilty for their own deaths by virtue of the non-indictments of the officers who killed them, it is clear that we are not safe. Black children are shot dead while playing in the park and sleeping on the couch in their own homes. Black women, trans and cis, are murdered, violated, beaten, and disappeared- their names erased from reports in the news. Muslim women survive unspeakable violence at the hands of white supremacists daily. Black and Brown people in the United States are living under siege of a terror state; and yet mass media calls us terrorists.


Muslims for Social Justice believes that not only is it our duty as Muslims to seek leadership from the women in our community, to raise our voices with and for Black and Brown women, it is imperative to our survival. The United States claims to bomb countries in the Muslim world to liberate the women in our communities. U.S. state agents in Abu Ghraib sexually assaulted Muslim women and men alike. The U.S. military has some of the most heinous records of sexual assault. Police and correctional officers in the U.S. sexually assault Black and Brown women in the streets and in detention facilities every day. Both in the U.S. and abroad, systemic racial and gender assault on Black and Brown people, including (and especially) those who are women, femmes, transgender and gender non-conforming, constitute a regime of state-sanctioned violence that reproduces a culture of policing and repression.

Muslims for Social Justice calls on Muslim communities to support demonstrations for Sandra Bland, Tamir Rice, Betty Jones, and Laquan McDonald; to speak out against racism and Islamophobia; to uplift the voices and struggles of Black and Brown women; and to organize in our communities against state violence domestically and abroad. Most importantly, it is time for Muslims to take real steps towards building authentic Black and Brown unity and feminist practices within and beyond our communities. It is time to stop giving lip service to Bilal and listing how many Black friends the Prophet (PBUH) had; and it is time to address anti-Blackness and misogyny and show up for each other across nationalities and gender as a daily practice.

The following are pictures from Tamir Rice/Sandra Bland rally in Durham on January 1st, 2016. 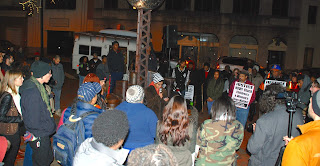 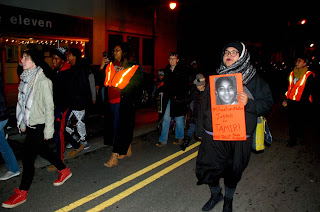 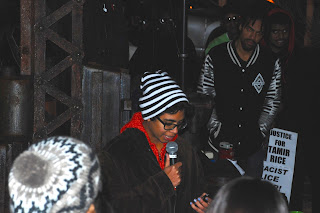 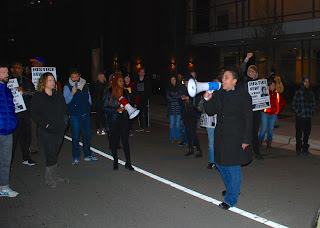 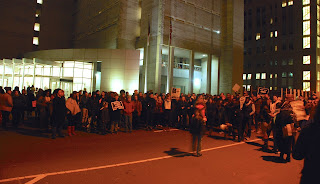 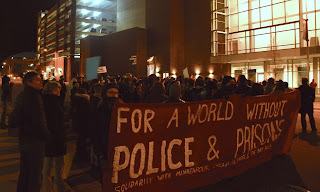 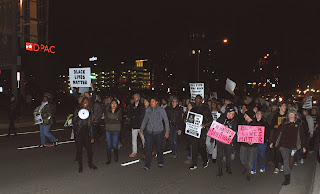