What we're witnessing in #Baltimore is called in Arabic "intifada." A mass popular uprising: throwing stones, resistance against an occupying force, people collectively saying we're fed up and putting their lives on the line because they know their lives and the lives of their loved ones are at stake

Intifada Hata Al Nasr, intifada until victory, because we have a duty to win

We recognize that there is and always has been a war on Black America and white supremacy is  at the root of the problem in all its forms. We stand here in solidarity to say we are at war with white terror, murders by racist police, the prison-industrial complex, environmental racism, gentrification and attacks on the poor. We stand here to say, stop killing us!

I come here at a moment where Muslims are increasingly the bogeyman for increased state surveillance and expansion of the police state, torture, wars. I take this in stride in also knowing that our liberation and struggle has come with a legacy of black Muslim leaders who have taught us the insidiousness of the police and military state that has always targeted us and our communities.

Down the road in Chapel Hill, we recently witnessed the murder of Yusor, Razan, Deah at the hands of a white vigilante. Tragic deaths. Tragic deaths we've carried, held, embodied  (Jesus "Chuy" Huerta, Freddie Grey, Rekia Boyd and many more). What I'm not gonna talk about are how the deaths of Yusor, Razan, Deah were especially tragic because of their degrees, or their work, or their status. Their lives weren't more important because they were dentists, because they were light skinned, educated, didn't have a criminal record. What's tragic is imagining that the path of respectability, that the path of somehow working your way up the system will bring some kind of liberation, when the best it will do is make you a lackey for white supremacy.

My goal isn't to show you I'm a respectable Muslim, that I'm your moderate Muslim, that I'm not a threat. I stand here a threat to the status quo. I stand here in solidarity with Baltimore, Ferguson, Palestine, low-wage workers, the displaced, those in revolutionary love, and all those who literally have no choice but to get free. I'm not here to beg for the killing, the exploitation to stop. I'm here to demand it, to take power for ourselves.

I call upon the Merciful one, the Just, the Subtle to guide us on our struggle toward truth and justice. I call upon the strength of the martyrs, the ancestors, and the friends of God. Protect us from the plots of satan, the devils among us, that cover up and deceive us from our calling to our freedom.

This statement was read by MSJ member Ahmad Jitan at #Baltimore May Day rally in Durham on May 1st, 2015. This rally was organized in response to a national call of action from Baltimore People's Power Assembly. See pictures from that rally below. 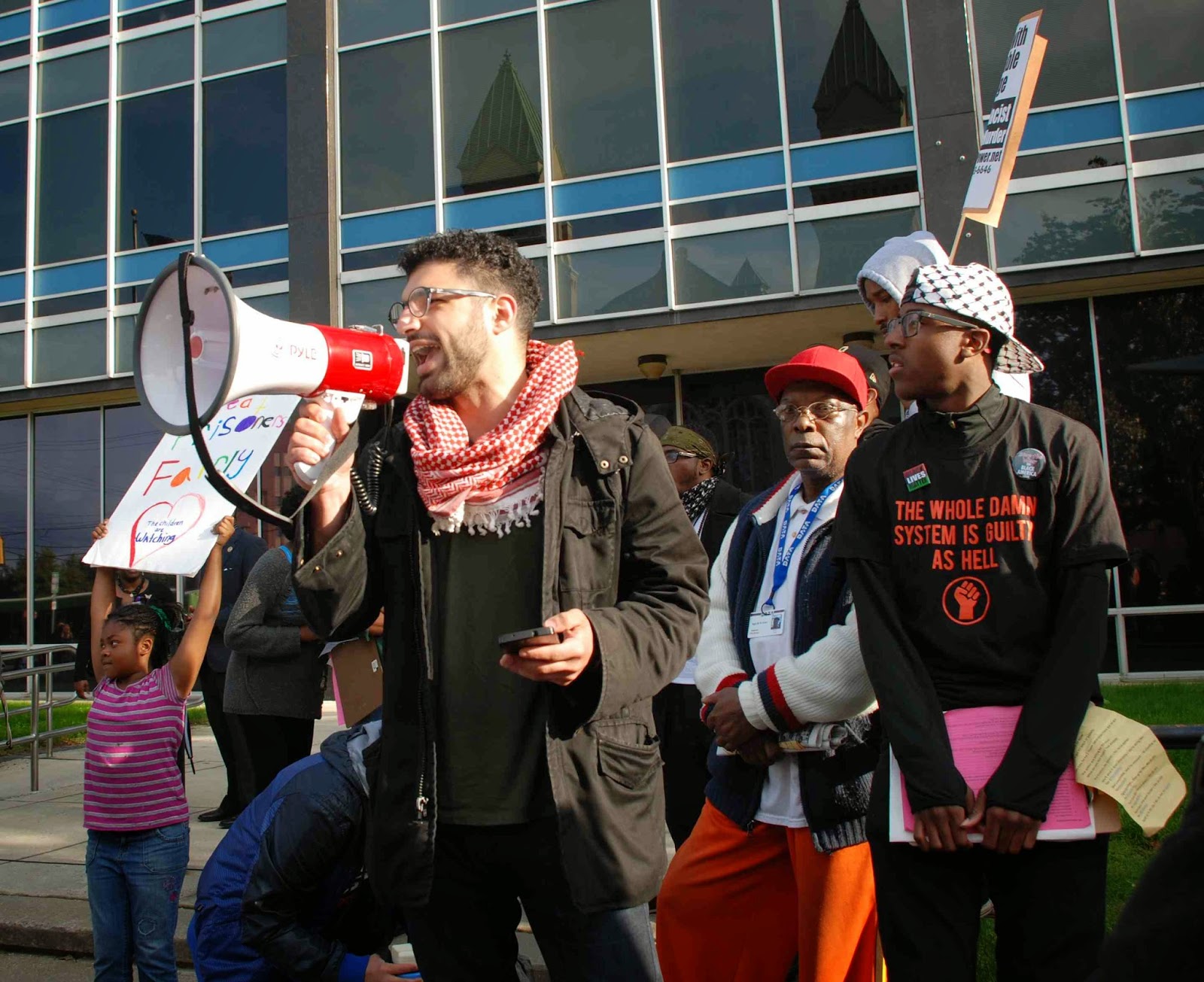 Ahmad Jitan is speaking on behalf of Muslims for Social Justice 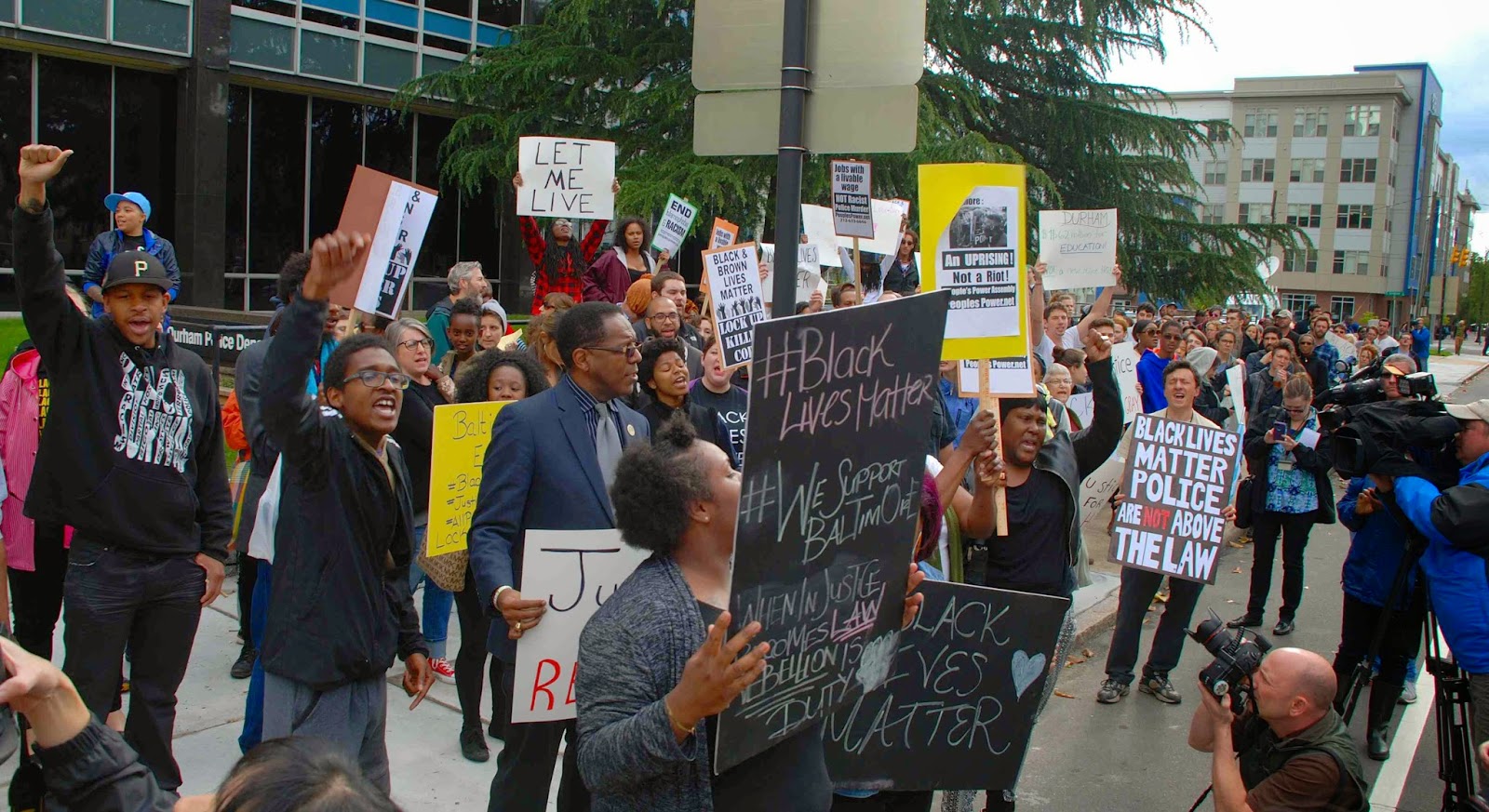 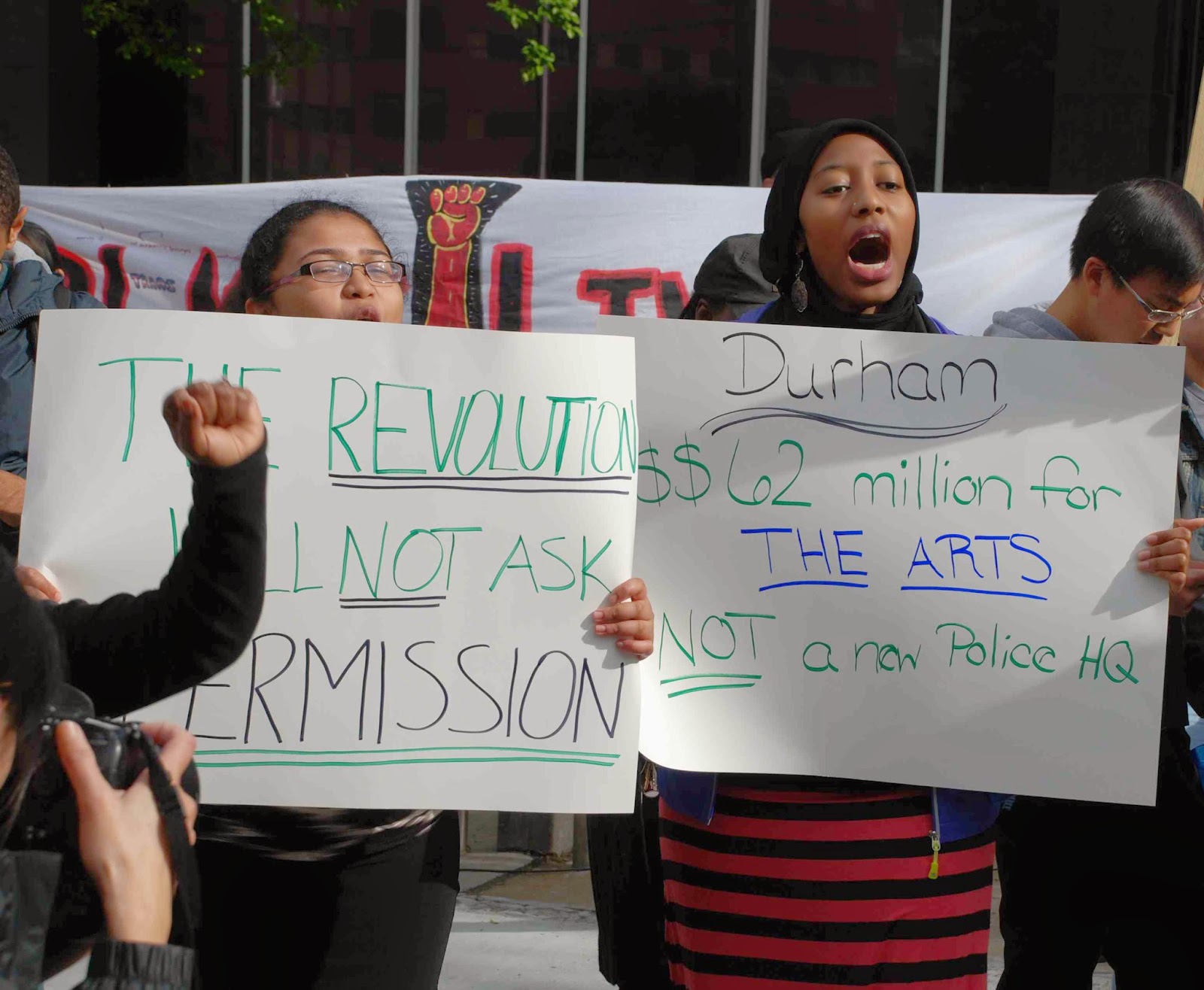 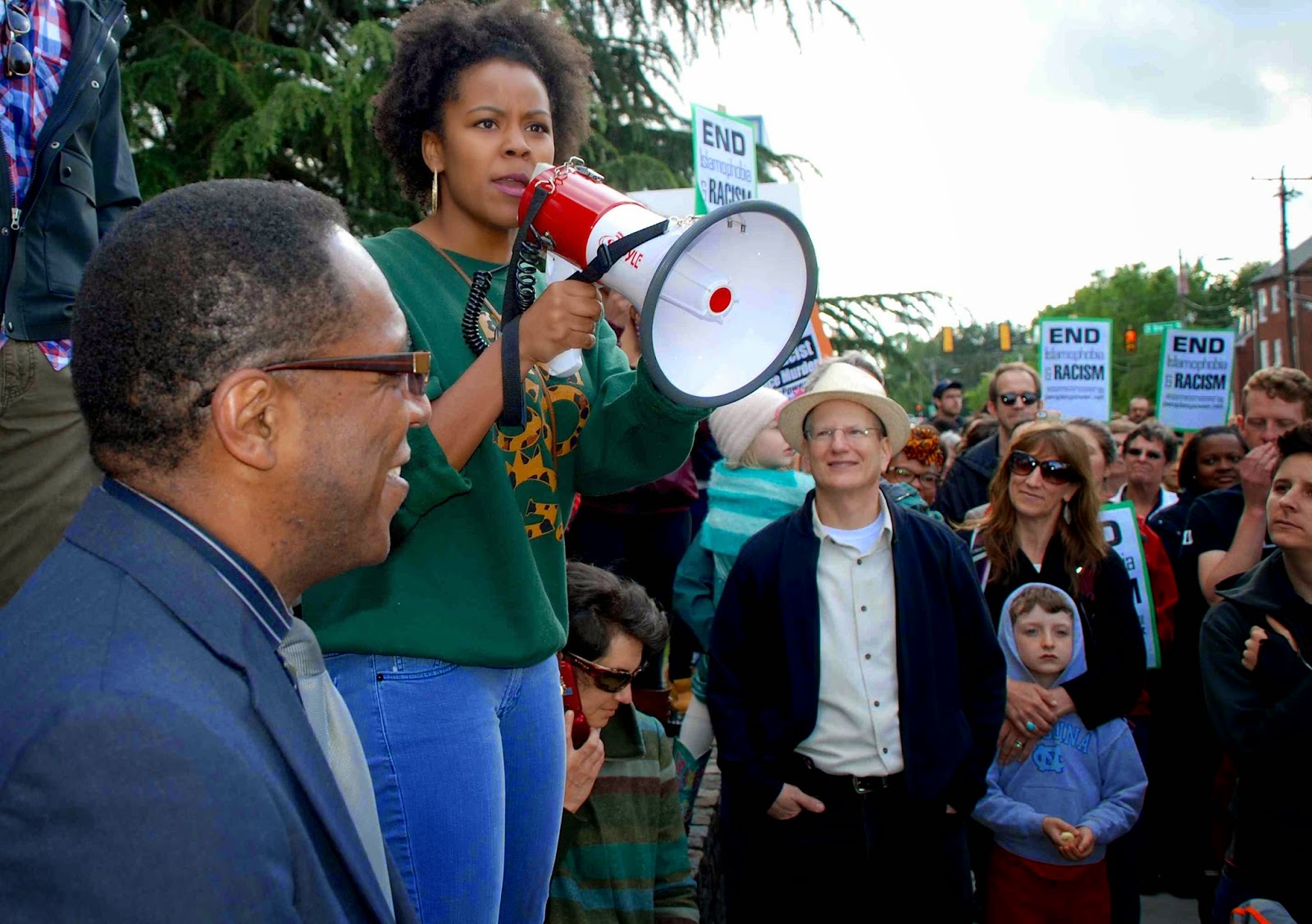 Youth leader Desmera Gatewood is speaking at the rally 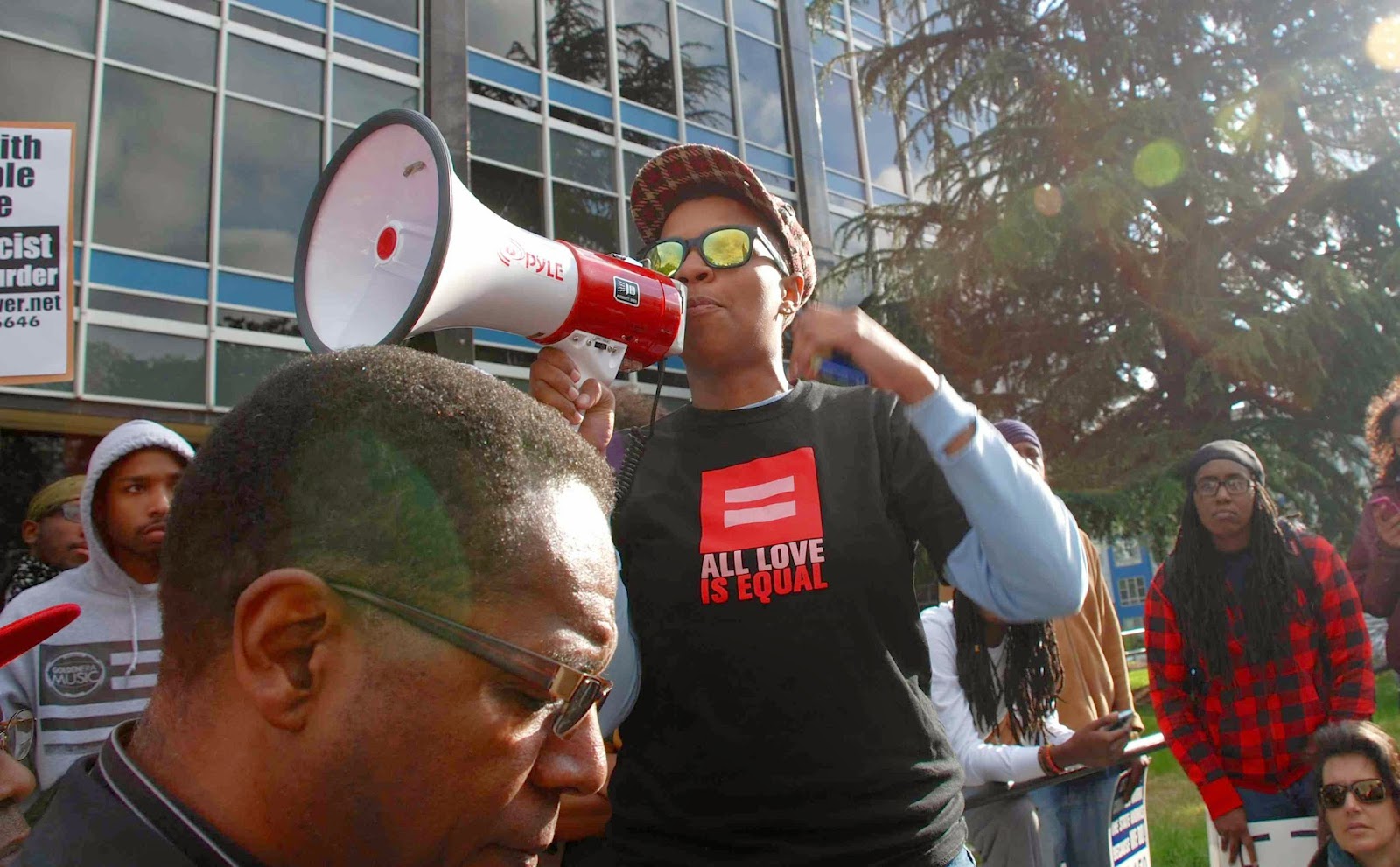 Artist and queer activist Laila Nur spoke at the rally 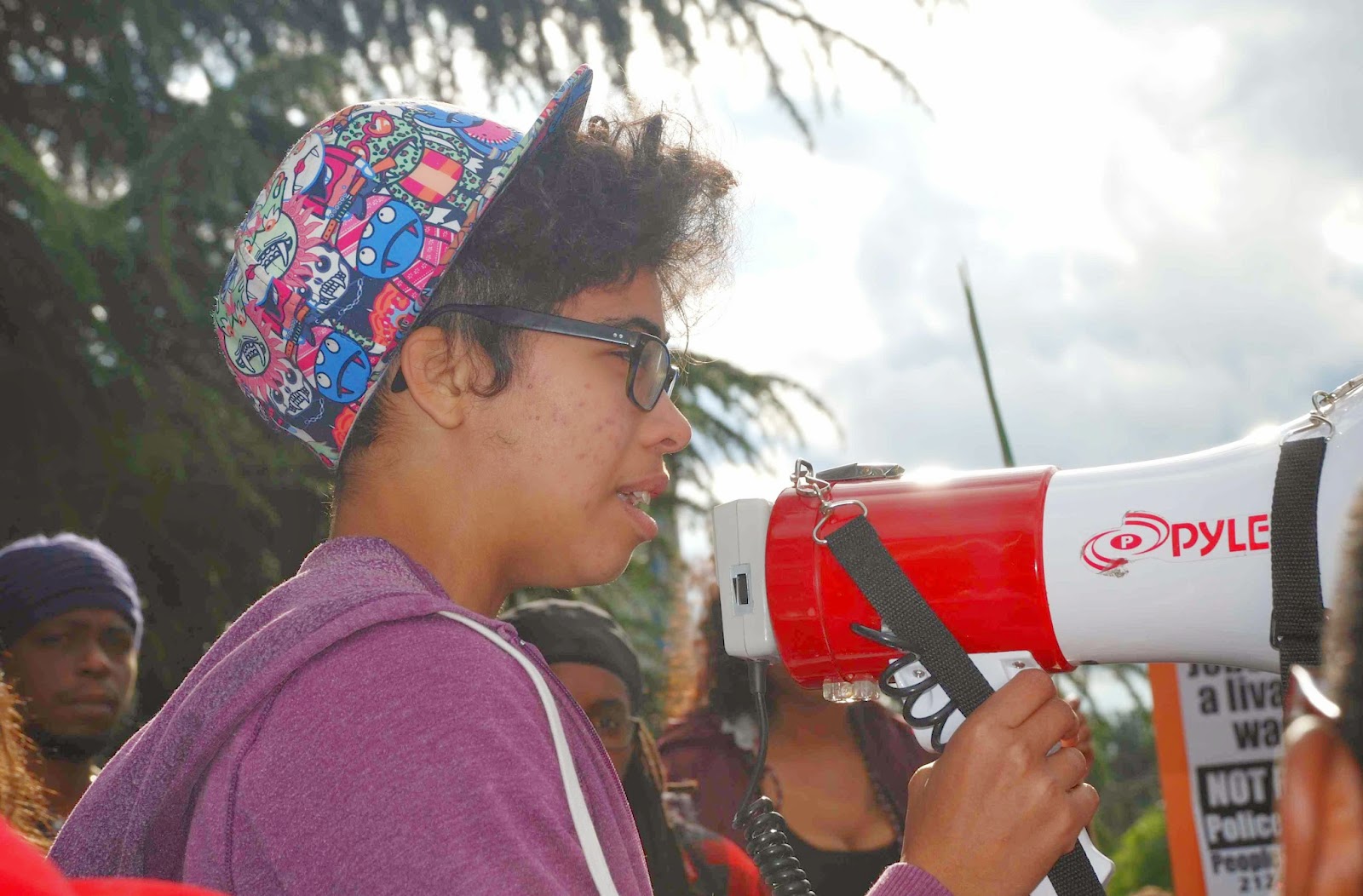 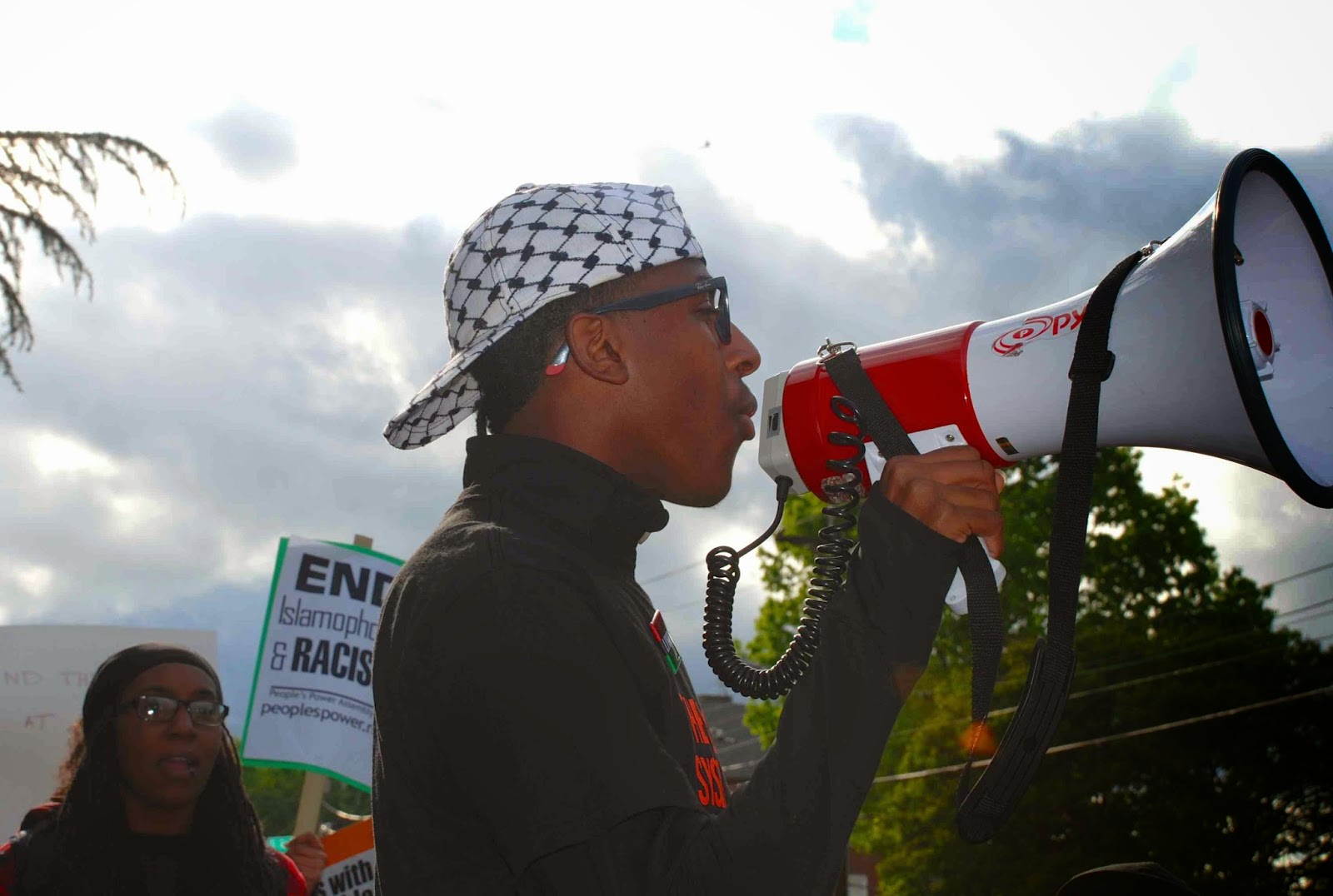 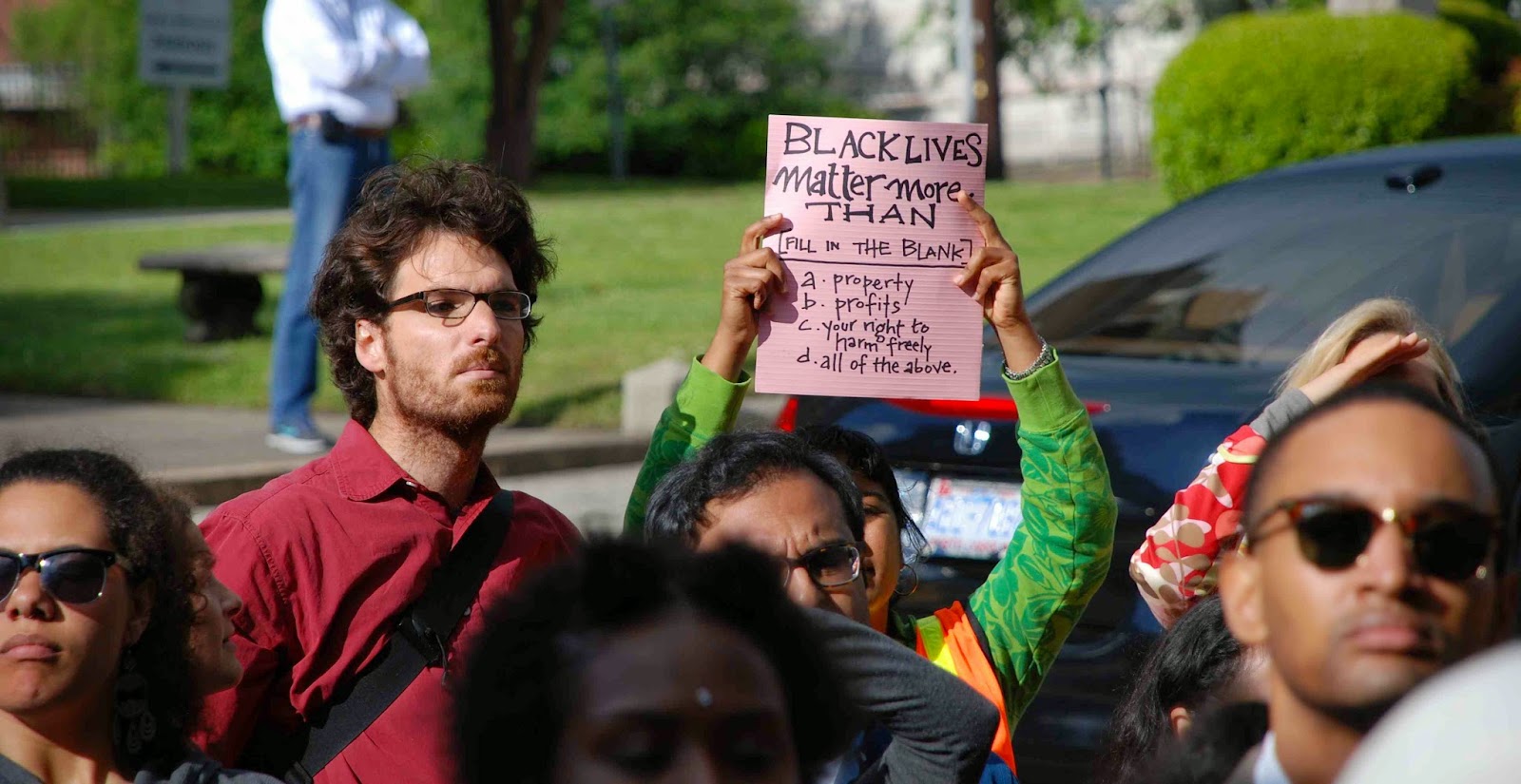 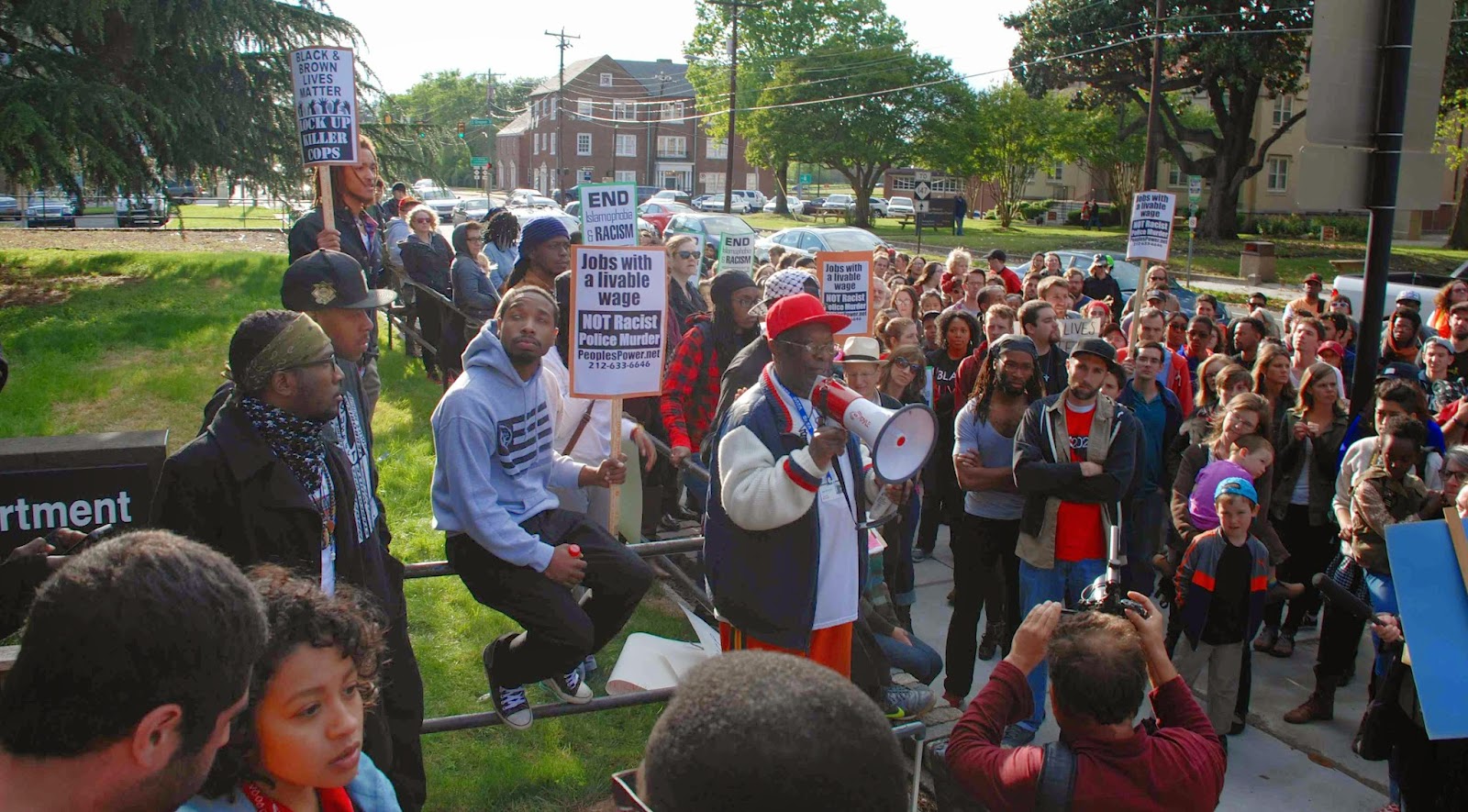 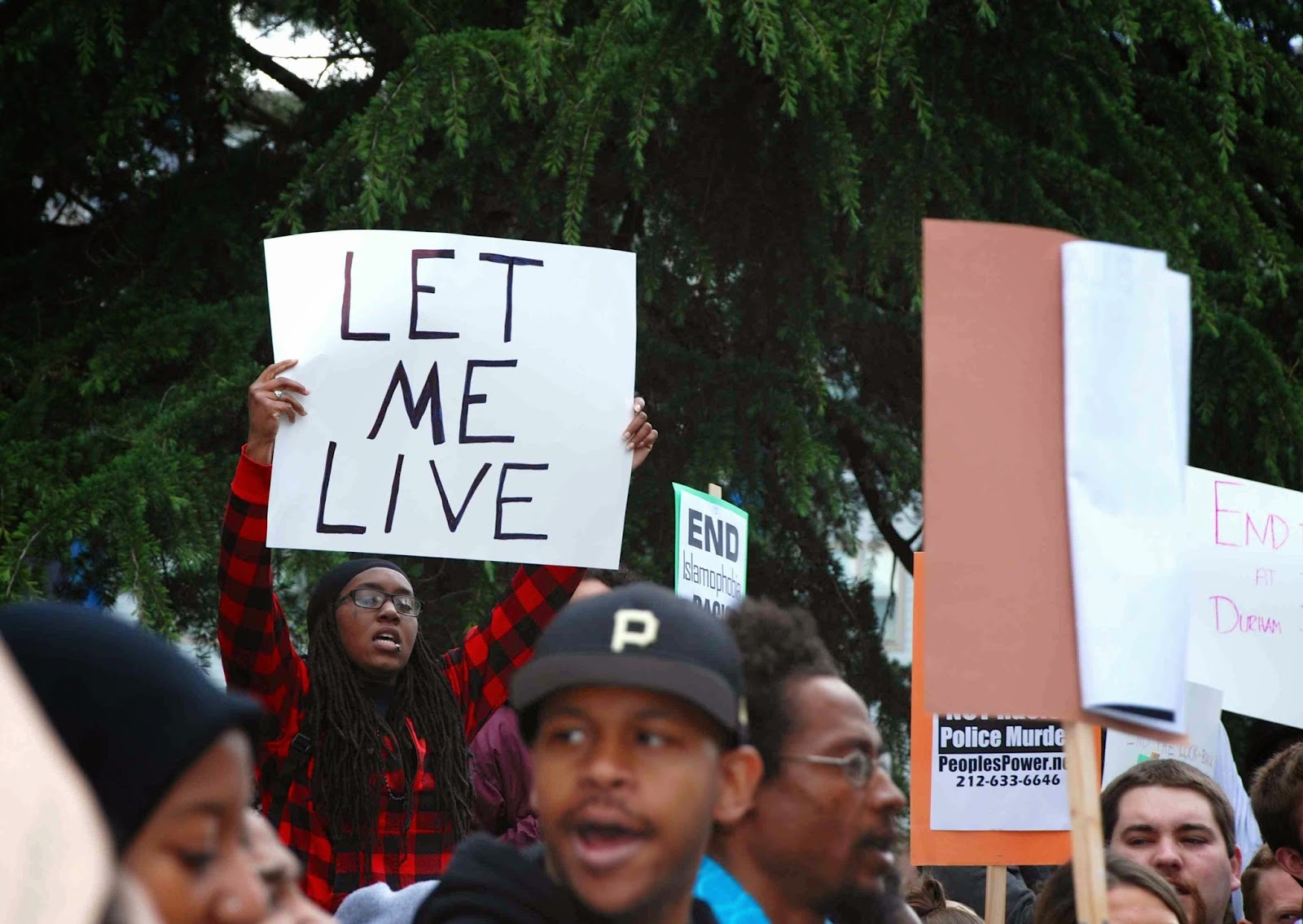 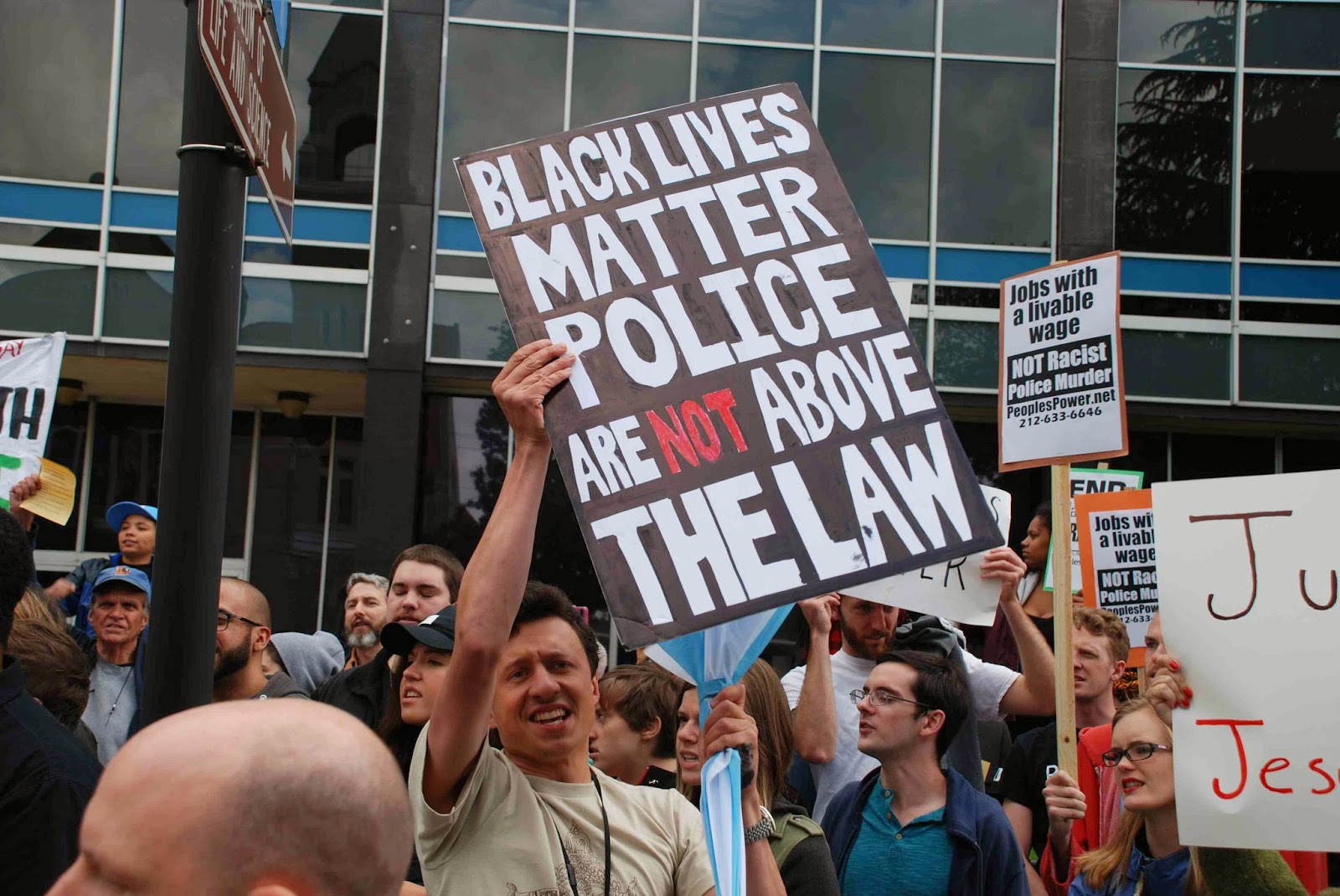 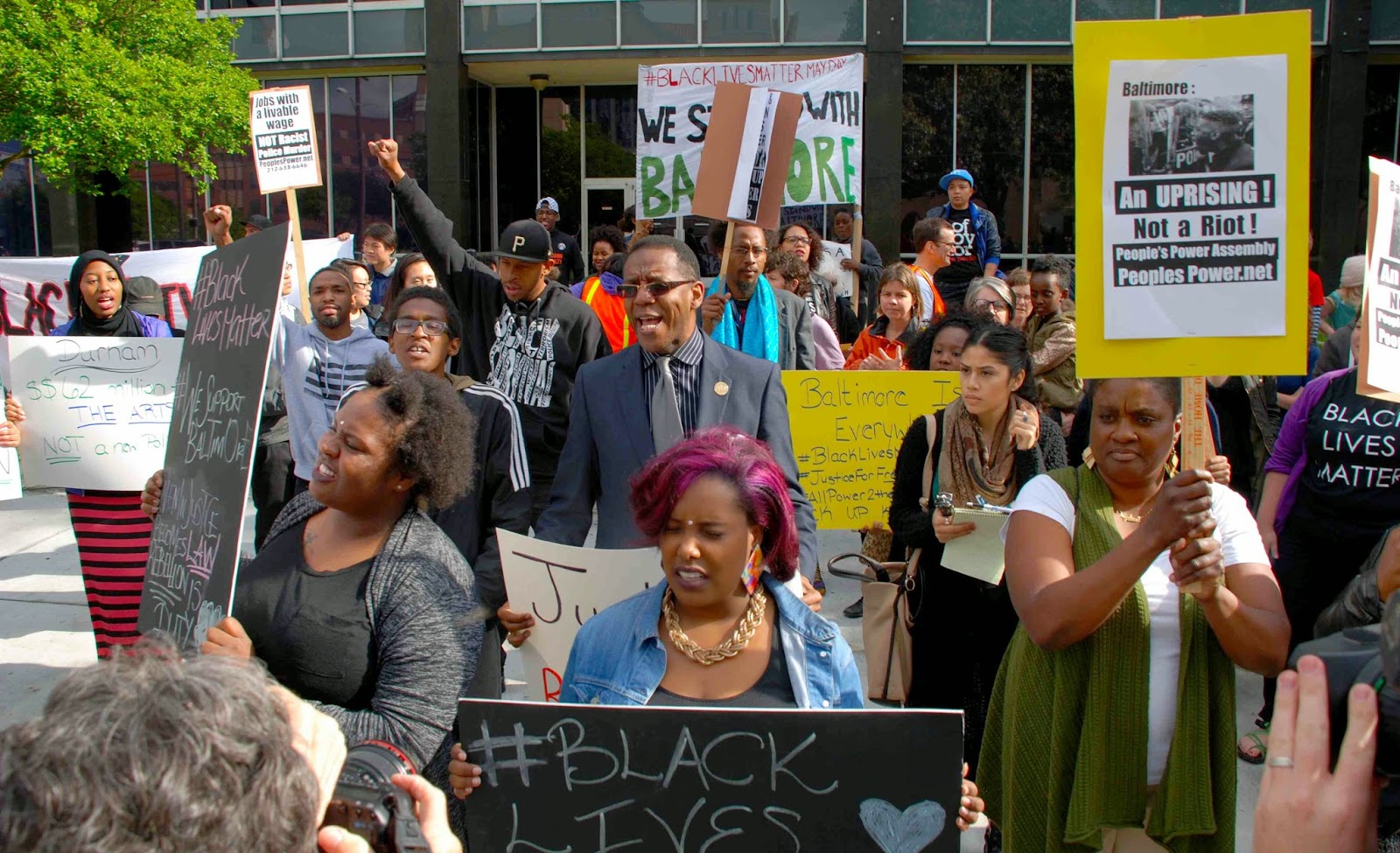 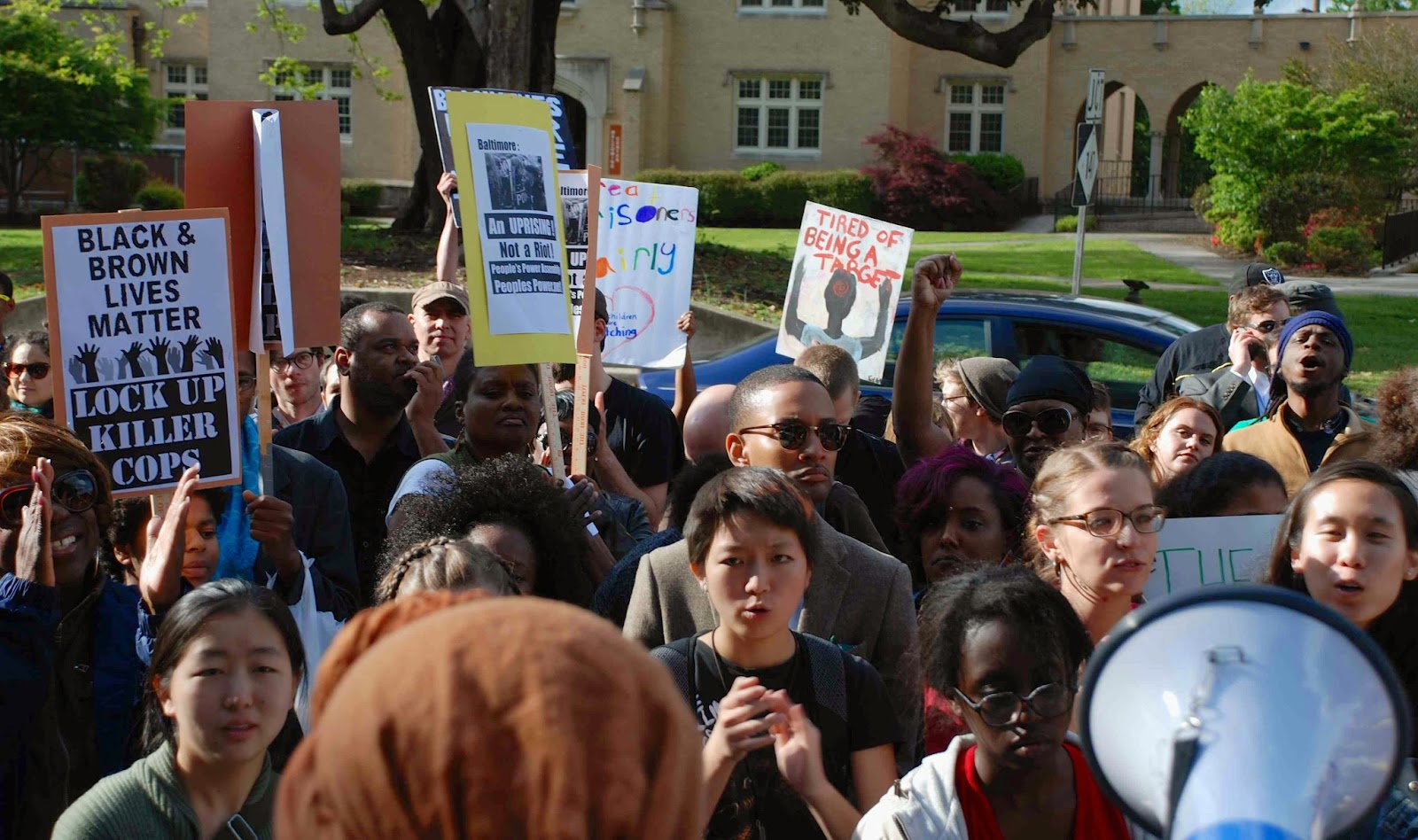 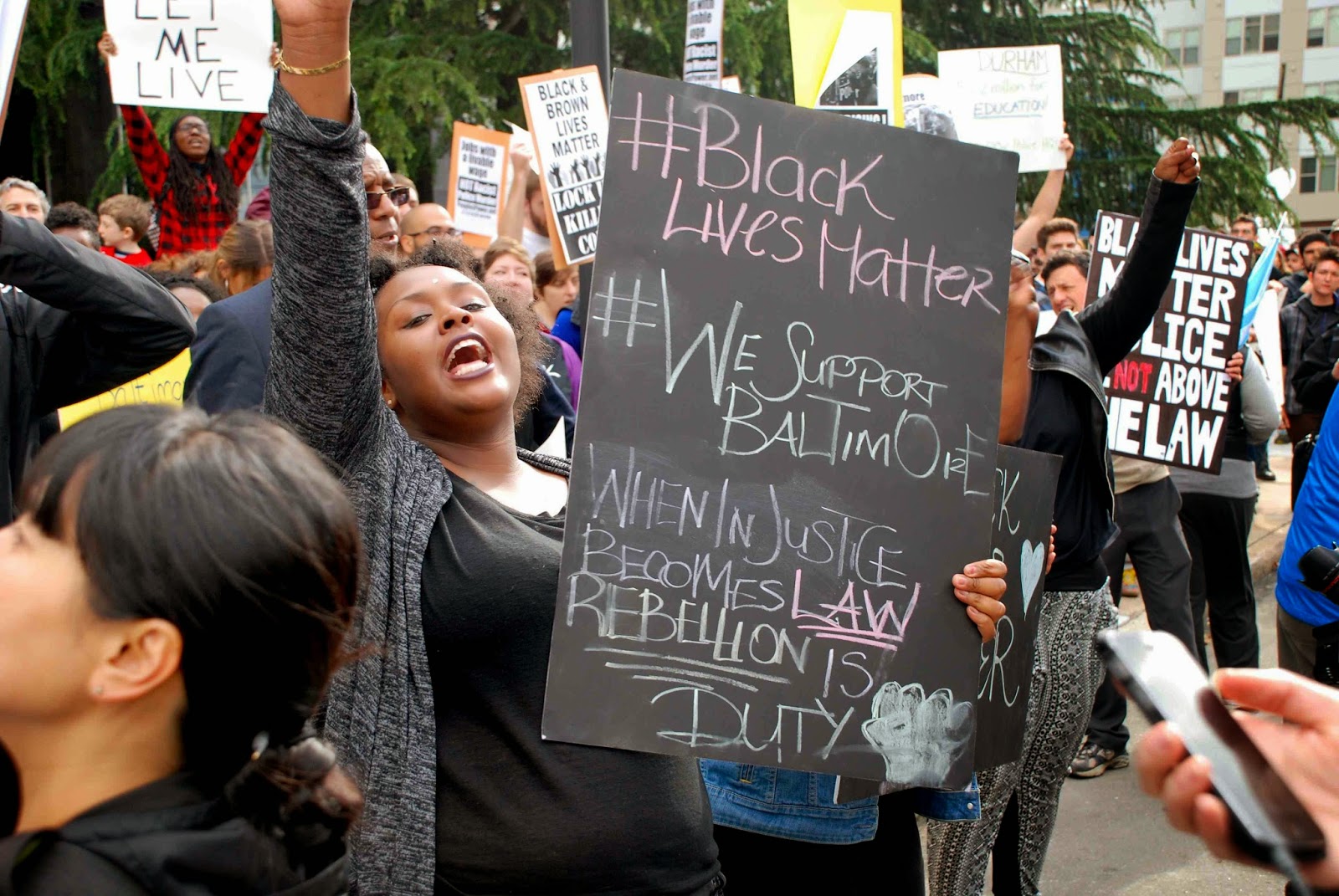