Late 19th century witnessed an increased Jewish migration from Eastern Europe to the United States. In their new country, they faced abusive work conditions, unfair housing and anti-Semitism. Many of them worked in sweatshops with poverty wages and hazardous work conditions. As a response, Jewish community members founded an institution called Der Arbeter Ring or Workmen's Circle. The goal of this institution was to practice Jewish ideals of social justice and preserve their cultural identity. The organization adopted Declaration of Principle in 1901, which stated:

“The constant want and frequent illness which particularly afflict the workers have led us to band together in the Workmen’s Circle, so that by united effort we may help one another. The Workmen’s Circle knows that the aid which it can bring to the worker today is no more than a drop on a hot stone. It will do in time of need. But that there shall be no need—this is the true ideal. The Workmen’s Circle desires to be one more link in the workers’ bond of solidarity, ultimately bringing on the day of complete emancipation from exploitation and oppression.” (Source)

For more than a hundred years, this institutions has served as a space for building social justice movement and preserving Jewish/Yiddish heritage. 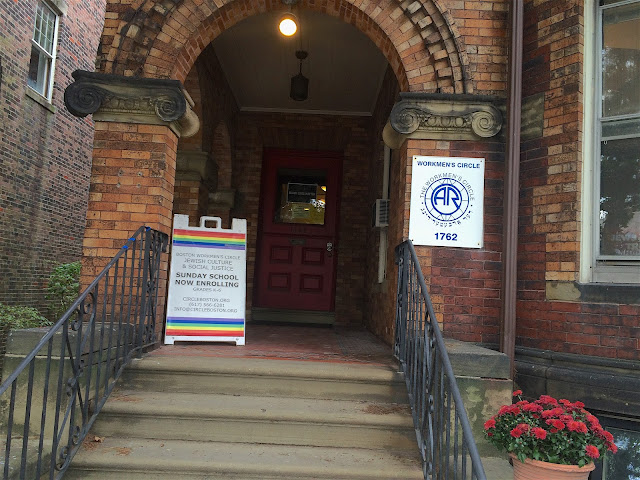