From Mourning to Organizing for Justice

Anti-colonial writer Frantz Fanon exclaimed decades ago, “When we revolt, it's not for a particular culture. We revolt simply because, for many reasons, we can no longer breathe!” His prophetic words became a tragic reality for Eric Garner who repeated "I can't breathe" eleven times as he died on July 14, 2014, while in a chokehold by a New York City Police Department (NYPD) officer. I can't breathe has become a metaphor for oppressive survival in a racist society.
There was an outrage when images of Alton Sterling being shot multiple times circulated on the media. Sterling was killed while he was held to the ground by Louisiana police officers. This outrage turned into a revolt when, just one day later, a video of fatal shooting of Philando Castile, this time by a Minnesota police officer, circulated on the media. Anti-racism activists mobilized across the country against these killings. However, they were quickly demonized in the wake of the tragic shooting of five police officers in Dallas, TX. Before the dust settled on Dallas tragedy, former Illinois Congressman Joe Walsh declared on Twitter, "3 Dallas Cops killed, 7 wounded. This is now war. Watch out Obama. Watch out black lives matter punks. Real America is coming after you." What started as a revolt against police brutality was met with an immediate attempt to criminalize the movement and suffocate dissent.
Mourning the death of Sterling and Castile, and not allowing the Dallas tragedy dampen the #BlackLivesMatter movement, were major themes during vigils in Raleigh. North Carolina-based Black Workers for Justice, condemned police brutality and institutional racism. They also emphasized the need to raise voice against other oppressions, including Islamophobia. Muslims have been all too familiar when tragic instances are hijacked to de-humanize the entire Muslim community. Black Workers for Justice statement read:
"We must not be deterred from challenging these police killings of our people. Like the mainstream media and government efforts to use the Orlando, FL, massacre to promote Islamophobia, the Dallas, TX, shootings of police will be another attempt to place the blame on the movement for Black liberation highlighted by the slogan Black Lives Matter."
Raleigh has seen police brutality of its own when Black youth Akiel Denkins was killed by a Raleigh police officer on February 29, 2016. His killing led to the establishment of a coalition demanding justice in policing, called Raleigh PACT or Police Accountability Community Taskforce. PACT played a key role in organizing the vigil to create a space for mourning and healing in the wake of murders of Denkins, Sterling, Castile and a Black man Jerry Williams killed in Asheville on July 2, 2016. Denkin's mother, Rolanda Byrd, spoke against police brutality and called for justice during the vigil. "It has taken a tragedy, the five officers that were killed in Dallas, to wake up the conversation on how black families are being treated on a daily basis," Byrd said during her speech.
The fact that Alton Sterling was killed while selling CDs and Eric Garner was killed while selling loose cigarettes has highlighted the oppressive subsistence living conditions for many Black Americans, whose real crime is being Black and poor. During a prayer vigil at As-Salaam Islamic Center in Southeast Raleigh, there was a call for diverting money to Black-owned businesses and banks. South East Raleigh has established a Black and Brown led food co-op, called Fertile Ground, in a predominantly Black neighborhood designated by the local government as a “food desert”. Building indigenous economy and providing healthy food to the marginalized communities are at the core of co-op's mission of grassroots empowerment.
The recent murders of Black people have taken place at a distance, but they are close to the lived experience of many in North Carolina. After mourning, there was a movement in the community to organize for justice. 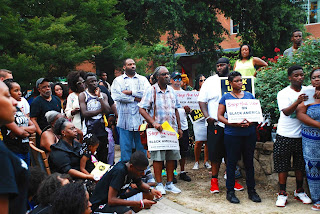 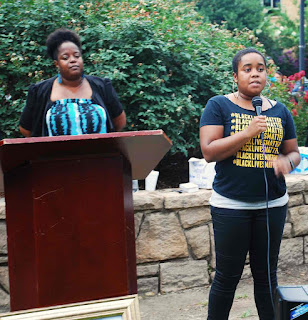 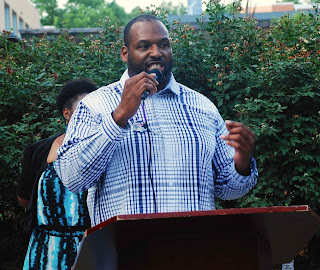 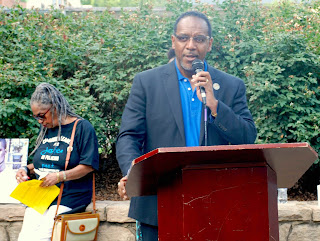 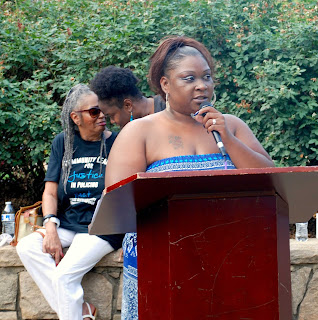 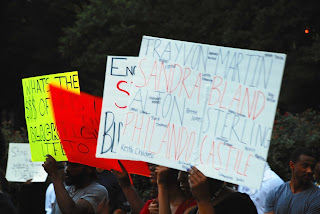